The Forta Governance Council is seeking community feedback and approval of this “FP-3” proposal relating to delegated staking. FP-3 proposes the following actions that are designed to further increase the security and reliability of the Forta network:

The 4 items proposed in FP-3 are described in more detail below under the corresponding numbered heading. Voting on FP-3 will be determined by a majority approval vote of FORT token holders on Snapshot beginning on September 5th, 2022 and ending on Thursday 8th, 2022 (exact times to be announced through official Forta channels).

4. Support in the Forta App

In coordination with the above changes, the Forta App will be extended to allow:

Will be there an upper limit for stake?

will the number of scanners in one network be limited? also interested in the question of the upper limit per scanner.

So far, maximum stake it’s 3,000. Any changes need council approval, and the council can do a community voting on it on the future.

No, the Forta Network is permissionless.

I think it depends on how many scanners network needed. for example, now we have 4340 scanners in ethereum, after 9/30 we will have approximately 700-800 scanners (if all current scanner operators will restake their tokens). If stake will affect on bots and rewards, it will be maximum on all scanners.
But not really understand how staking from others will work if I will already have maximum stake on my scanner. Maybe councils will think about make more maximum stake or remove it? your thoughts?

The idea of project is unique, so let’s keep it growing it’s own way

So the idea would be that node owners will receive rewards proportional to their stake + fee * delegators rewards.

I’m not saying first solution will not work, but if you get the same result with a more common solution then people will have an easier time using your application. Doing something they are already familiar with.

Can you please describe more or share links on how the more common solution you refer to looks like?

I found this article on Cardano. Their staking may look a little complex, but from what I know it’s also very successful. 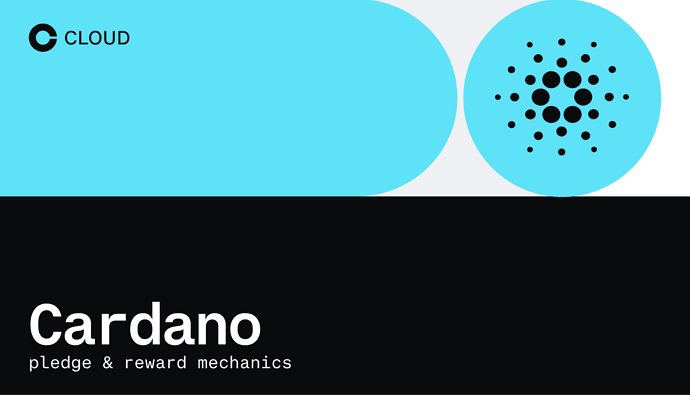 I should say at this point that I’ve done no extensive research on this topic and that when I said it’s more common to use a percent fee from total rewards, I was simply recalling my experiece in this matter.

Agree with @Cristian – the proposal suggests that the node owners will specify percentage shared, however it might be clearer and more consistent to have node owners specify the percentage taken (commission). The Cosmos delegation model, which also uses commission, may be a good reference too Delegator FAQ | Cosmos Hub

=> The important thing here is more tokens instead of more computers, I got it right, right?

I fully support this proposal and will vote for it.
I translated it into Russian.

Thank you all for the feedback!

It has been incorporated in the updated FP-3 proposal and the updated version will go to a vote on Snapshot, which has been pushed to begin September 12th to give the community time to review the updated proposal.

Updated version based on the Community Feedback

The Forta Governance Council is seeking community feedback and approval of this “FP-3” proposal relating to delegated staking. FP-3 proposes the following actions that are designed to further increase the security and reliability of the Forta network:

1. Delegated staking: modify the Forta staking smart contracts to add support for delegators to delegate stakes to node owners, and give node owners the ability to assign delegated stakes to individual nodes

2. Prioritized bot assignment: modify the Forta assignment algorithm so that it will prioritize scan nodes that have higher stakes

3. Modification to rewards: modify the scan node rewards distribution so that rewards will primarily be distributed based on the number of bots assigned and executed, and with rewards shared among node owners and delegators with node owners having the option to keep a commission percentage from the delegator rewards

The 4 items proposed in FP-3 are described in more detail below under the corresponding numbered heading. Voting on FP-3 will be determined by a majority approval vote of FORT token holders on Snapshot beginning on September 13th, 2022 and ending on Friday 16th, 2022 (exact times to be announced through official Forta channels).

Add support in the Forta staking smart contracts for delegators to assign delegated stake to node owners, and allow node owners to distribute the delegated stakes to their nodes for increased security within the limits of the maximum stake allowed per node. The maximum stake allowed per node will be raised to 25,000 FORT and staking parameters may be adjusted further in the future based on community decisions with approval of the Forta Council. Node owners will be required to supply the minimum node stake themselves, and delegation will not be allowed on nodes for which the node owner has not supplied the minimum stake.

Node rewards will be shared among node owners and delegators according to the percentage of stake supplied. Node owners will be able to specify a commission percentage that they will keep from delegator rewards (see more in section 3 below). Changes in the commission will go through a timelock. Delegated stakes will be subject to slashing and will be subject to waiting periods for withdrawals, unless the node owner fails to maintain the minimum stake required on a node in which case delegators will not be required to wait for withdrawal.

Scan node rewards will be modified so that they will be distributed to node owners proportionally based on the number of the bots assigned, while also still factoring in the SLA of the nodes. In order to incentivize extra capacity for new bots, additional rewards may be distributed to some number of nodes without bots assigned based on their SLA and the amount staked on the node.

4. Support in the Forta App

In coordination with the above changes, the Forta App will be extended to allow:

Considering the update, there are two questions:

After this system, the number of nodes will decrease. Does it affect the Forta system?

I agree with the article above, wouldn’t it be more centralized and risky with fewer nodes? especially in some networks, the number of nodes will take a little more